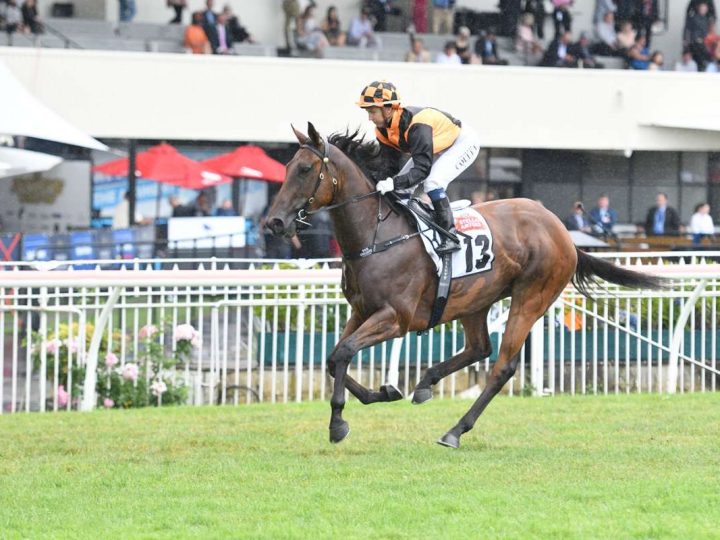 A bright future lies ahead of the Rock ‘n’ Pop three-year-old Wings, who impressively shed his maiden tag this afternoon.

The gelding was in or near the lead all the way at Ruakaka before he scooted clear 200 metres from to score in style.

Wings was making just his second appearance for Cambridge trainer Anne Herbert, who rates him highly.

“He was green last time after he missed the jump,” she said. “We decided to ride him aggressively today.

“Once he got out and got going he showed a good bit of speed.

“I can see him getting a Guineas distance, 1400 metres to a mile will suit him.”

Wings is out of O’Dare, an unraced O’Reilly mare who is a three-quarter sister to the Group One performer Dare To Win.

It is also the family of the stakes-winning brothers by Pins Undisclosed and Pin Up Boy.

Rock ‘n’ Pop later completed a winning double for the meeting when Los Angeles continued her fine run of form.

Trained by Chris Gibbs and Michelle Bradley, she put away her Rating 65 rivals with ease.

She sat in second spot to the turn and shot clear in the straight for a hollow victory and second from her last four starts.

Los Angeles is raced by a Kylie Bax-managed syndicate and is from the family of the dual Group One winner Mission Critical.