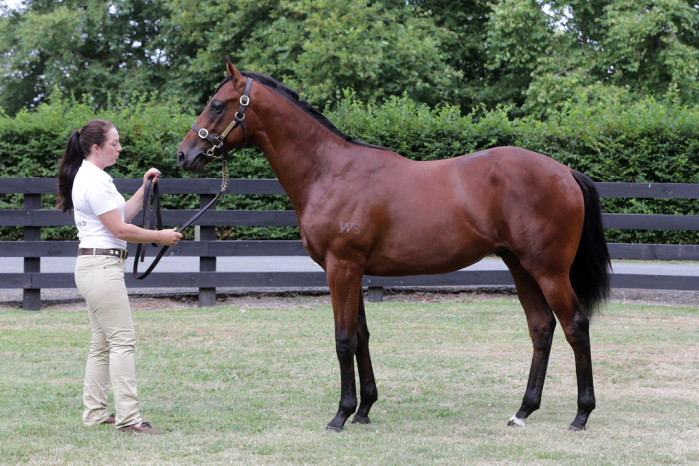 The buying bench was keen on the Waikato Stud stallion, whose five yearlings sold for $520,000 at an average of $104,000 and off a $3000 + GST service fee that represents outstanding returns for breeders.

Ardrossan’s top-priced youngster was Lot 461, who was the subject of a spirited bidding duel before he was secured for $160,000 by Paul Moroney Bloodstock.

Offered by Prima Park, the colt is a son of the unraced O’Reilly mare O’Misty who is a half-sister to the G2 Wakefield Challenge S., dual Group 3 winner and Karaka Million runner-up Aotea Lad.

Waikato Stud presented Lot 39 and he was on the radar of the Group 1-winning trainer Tony Pike who parted with $150,000 to land the youngster.

The colt is out of the unraced Pins mare Vanilla Essence and she is a sister to the Listed Lion Red Plate winner Raid, also runner-up in the G1 Diamond S. It is also the family of the two-time Group 1 winner Stratum Star.

He is out of Dee I Why, a Zabeel mare who is also the dam of the six-time winner Shoshone, and a three-quarter sister to the Listed New Zealand St Leger winner Ritzy Lady. The G1 Orr S. winner Manuel features in the pedigree.

Awapuni trainer Roydon Bergerson and noted judge Chris Rutten combined to secure Pencarrow Stud’s colt, Lot 353, out of La Adelita for $100,000. She is a winning High Chaparral mare from the family of the G1 TJ Smith Classic winner Reigning To Win.

Andrew Campbell Bloodstock and Chae Ball signed the ticket at $60,000 for the son of Ardrossan offered by Jamieson Park. Lot 316 is out of the Stravinsky mare Indian Sky, who won on seven occasions, and a half-sister to the Listed Cranbourne Cup winner Digitalism.